Image of the Fendahl (BBC Audiobook)

To be totally honest, I barely remember the TV version of Image of the Fendahl.  I remembered the image of the golden priestess at the end of the story, but the bulk of it has faded completely from my memory.  So as I entered this Target Audiobook, I was very much like the fans who originally picked up these Target Novelizations.  Repeats were uncommon and chances are the book was going to be your main source for re-living a story.  As a book, I enjoyed it. I think I actually enjoyed it more now than the TV version, even though my memory is definitely vague.

Apparently, this is a story that involves a small village, witchcraft, and an ancient evil alien.  Yep, seems like a Tom Baker adventure. His era, particularly in the first half of his run, was filled with gothic horror elements...so a small village with a Witch and ancient evil seems just about right.

As expected, Terrence Dicks' writing is easy and engaging.  Louise Jameson does a solid reading, and the production value for the audiobook (featuring some music and sound effects to add to the drama), are excellent.  If you, like so many of us, are now trapped at home looking for something to fill the air as you work from home,  why not pass some of the time with one of these Target Audiobooks? 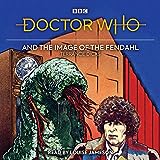 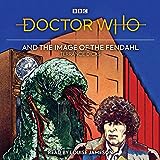