David Tennant returns to Big Finish for a second round of audio adventures, this time bringing his first companion Rose Tyler (Billie Piper) along with him.  This is an iconic duo from the show, and having them back together is surely to be exciting for fans.

The opening story (Infamy of the Zaross) also brings Camille Coduri back as Rose's mom, Jackie Tyler, who calls Rose and the Doctor back to Earth to deal with an alien invasion.  But this ends up being no ordinary invasion. I wont give it away, but I rather liked the twist on this episode. It had a lot of good social commentary, and felt not only like a great premise for Doctor Who, but also felt exactly like the kind of story that would fit perfectly within the period of Doctor Who this set revisits.

The second episode in the boxset is The Sword of the Chevalier, which takes place in the past and featured the Doctor and Rose meeting the historical figure Chevalier d'Éon, a person I'd never heard of before but, after reading up on it, I find to be a fairly interesting tale.  It's a story that mixes humor and adventure well, and features a nice creepy alien threat as well.

Cold Vengeance, the third and final story in the set is possibly the only letdown. It isn't necessarily a badly told tale...but it just feels generic, and features what is possibly one of my least favorite of the "classic" Doctor Who monsters - the Ice Warriors. I know that I am probably in the minority on this one, but the Ice Warriors just never felt particularly interesting to me.  And really, the only thing this final episode has going for it is that you get to hear the Tenth Doctor face off against them. There is really little else driving the story, at least nothing that felt fresh or new enough.

Ultimately, this is a great set, well worth getting.  Tennant slips back into the Doctor like he never left the role, though I do think it took Piper a little longer to slip back into the voice of Rose.  But if you loved these two as a team, you should be thrilled to get this set. It feels like slipping back in time, to those early days of the shows revival.  Recommended! 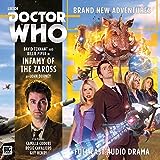 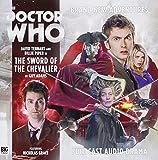 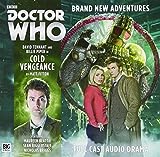